How To Safely React To Stray Dogs

However, strays will not attacked if we human beings do not provoke them in the first place! Living as strays is a tough life, they are just defensive and protective of themselves, just like any living things do. They may be scared, hungry or being ill-treated before. Usually, they are just as afraid of you or more afraid of you than you are of them.

So if  you meet a stray, stay calm and walk as per normal, don’t run and scream, avoid eye contact. Don’t provoke him by making “barking” sounds at them. These are the common things that Bruneian children and teenagers tend to do when meeting a stray. This will further provoke them come approaching to you.

SO DON’T DO IT, IF YOU DON’T WANT THE STRAY TO COME TO YOU AND DON’T BLAME IT ON THE STRAYS!

We hope the above information helps for those who do not know what to do when seeing a stray. We also hope that parents would use this information to educate their children instead of educating them that all dogs are evil.

Create a better living environment in Brunei for both the humans and the animals, WE NEED YOU TO MAKE IT HAPPEN!

2 Pups Found Chained To A Table Top As Shelter!

‎2 pups were found chained to a table top as shelter in an industrial area in Gadong! This is absolutely inhumane! The table top is no way going to shelter them from the rain and sun. There are holes on the table! If you are unable to give proper shelter to them, we rather them to be strays. Theses animals need their freedom. The chains are short and the pups tend to twain themselves up while playing. They could be strangled to death too. There is no residential house nearby, mostly all shops.
We ask the shops nearby and they mentioned they seen some people feeding them. Please, if you have any information about who these pups belong to, pls email to us at care.actionsforstrays@gmail.co​m asap.

Posted by Care and Actions for Strays at 1:18 PM

Thanks to Sherly Ngu !

We have received your food contributions. Thank you Sherly Ngu!

Posted by Care and Actions for Strays at 1:04 AM

Thanks to Annie and Du Ran!

We have received your food contributions, thanks Annie!

We have received your food contributions, thanks Du Ran!

Posted by Care and Actions for Strays at 2:24 PM

Thank you for your food contribution.

We have received your food contribution. Thank you Abby!

Posted by Care and Actions for Strays at 2:51 PM 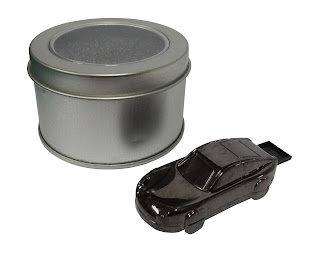 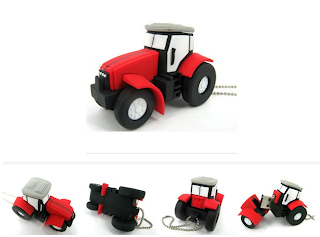 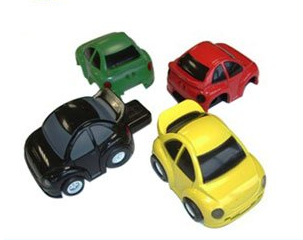 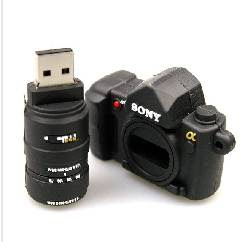 CAS relies on its supporters to help fund its activities to save and help animals in distress. We desperately need additional funds to support our never ending work and have some merchandise for sale. All proceeds go toward stray animals medical treatment, rescue and population control.

As CAS does not have the necessary funds to maintain inventories for sale, these items are ordered only upon confirmed orders and full payments from CAS supporters. Confirmed orders with full payment is needed by 25 July 2011 for deliveries by August 2011.

For orders above $100, products will be delivered upon arrival.

Posted by Care and Actions for Strays at 10:36 AM

Email ThisBlogThis!Share to TwitterShare to FacebookShare to Pinterest
Labels: Merchandise

Thank you for your food contributions!

We have received your food contributions. Thank you Florence!

We have received your food contributions. Thank you Hui Ing Shim!

Posted by Care and Actions for Strays at 3:24 PM

Contrary to what many people may think, the aims and objectives of CAS is not ONLY for animals. It is actually to create a better environment for the entire society, humans and animals alike, through humane management of urban strays. like it or not, urban strays are here to stay. It is a problem created by humans and MUST BE SOLVED BY HUMANS. Dumping, poisoning, killing, culling, murdering and all kinds of inhumane methods are not solutions. It only brings out the evil and the worst in humans.

Neutering, responsible pet ownership and allowing us to manage the strays through humane methods are the long term solutions for our society and any society! This has been proven over and over again even in 3rd world countries like India, Indonesia, South America and of course many 1st world countries. Why can’t we be like them? Why can’t we spare a little patience and tolerance to solve a problem that was in the first place created by humans !

Rome was not built in a day, neither was Brunei nor the urban stray problem on hand. But it requires the whole community, the whole society, the private and the public sectors to come together and work as one to solve this problem together. Everyone in this community has a responsibility to help create a better environment for the whole society, not just a few individuals ! The problem will not go away overnight and require years of patience and dedication. For starters, those who cannot be actively involved can simply be more tolerant of urban strays as organisations like CAS work towards managing the problem. Humans need to co-exist in harmony with urban strays. Setting a vicious cycle in motion will not solve the problem !

If u think there are too many strays around, STOP DUMPING UR UNWANTED ANIMALS! START NEUTERING YOUR PETS AND REHOMING YOUR UNWANTED PETS! STOP BUYING ANIMALS ! IF YOU ARE RESPONSIBLE ENOUGH TO OWN A PET, ADOPT ONE OF THE STRAYS OR UNWANTED PETS FROM YOUR FRENS AND STOP ENCOURAGING THE ANIMAL TRADE ! WHEN THE BUYING STOPS, THE SELLING STOPS !

If u have ever poisoned or considered poisoning or support poisoning as a method of stray population management, I have news for u – IT DOES NOT WORK !!!!!!!!!! IT ONLY POSTPONES THE PROBLEM !!!!!!!! Every piece of land has a holding capacity of strays. Once there is a group of strays living in the area, they will guard their territory and will not allow more animals to enter their territory. By removing / poisoning this original group of strays, we have only created a space for new strays to enter and occupy thus we are back to square one, a group of strays again ! Poison them and the cycle repeats itself in a vicious cycle !

CAS manages urban strays by first neutering them so that the population will not increase, then by providing a food source, they are not starving and will be less likely to rummage through garbage bins and be less of a nuisance, thirdly we provide basic medical needs to ensure that they are healthy and do not carry transmittable diseases, fourthly we try to re-home them. Happily neutered strays live out their natural lives and the stray population diminishes over time. If this is repeated throughout the entire country, with everyone playing a part regardless how minor or major, we will eventually have a stray free Brunei, or at the very least, a much less stray population and a much better environment to live in.

And this has been proven in Brunei too! Of the 5 feeding sites that we have been managing for the past several years, all the stray population has diminished. In fact we have been able to relocate other strays that are in danger of being poisoned into our feeding sites. If we can have the whole country working together, whether it is just simply by being tolerant of urban strays or by actively supporting the work we do, WE CAN AND WILL EVENTUALLY HAVE A STRAY FREE BRUNEI, ACHIEVED THROUGH HUMANE METHODS AND WE WILL GO DOWN IN HISTROY AS THE GENERATION THAT DID SOMETHING FOR THE POOR HELPLESS ANIMALS AND CREATED A BETTER ENVIRONMENT FOR OUR CHILDREN !

Show compassion, teach responsibility, inculcate kindness in our children! Lead and teach by example ! History has shown us that ALL serial killers started by being cruel to animals. But history has also shown us that responsibility can be imparted to children through responsible pet ownership! Not that all children who have shown cruelty to animals will become serial killers but they would know less compassion, have less responsibility and be less tolerant of the needy and those with special needs. What do u want your children to grow up to be ? What legacy do u want to leave your children and the future of Brunei ???

by Ada Ang (CAS Senior Volunteer)
Posted by Care and Actions for Strays at 1:09 PM

Email ThisBlogThis!Share to TwitterShare to FacebookShare to Pinterest
Labels: Aims and Objectives

Case by case, each time volunteers started a rescue, a case to feed, to care for the strays, few weeks later, they would be poisoned by someone or beaten to death by someone. Yes, I believed someone in our FB here...

I don't know why this someone or this group are doing this.. Why must you destroy these helpless creatures in such inhumane way. Why are you making use of our FB for such acts... I hope I am wrong, but I just can't help to think that it is...

I have so much hope for this husky like Mummy and her balance 2pups. We are so close to rehoming them. We are so close to have gained a bit of trust from the Mummy when we feed her everyday. I just want to hug her body and tell her "You would be ok".

But in reality, she would not be ok. She has now died of poisoning. Her 2 pups were beaten to death. It was witnessed by the staff of the school, done in the night, IN THE SCHOOL COMPOUND. You know we are helping these dogs to find homes, why can't you wait?? If you have other opinions, why can't you communicate with us?

They have cleaned up the mess yesterday. We don't even see their bodies... I have nothing to say. I believe ALL DOGS GO TO HEAVEN! Yes, there's where you should belong.

Posted by Care and Actions for Strays at 5:37 PM

We would like to hold our event in Gadong/Kiulap as these are the places where most people requested when we posed a survey last year. May we ask if anyone has a private empty compound with parking space in Gadong/Kiulap to let us hold our Activity Day? If have, kindly email to care.actionsforstrays@gmail.com and give us your details and we will get in touch with you soon. Your help is greatly appreciated.

Posted by Care and Actions for Strays at 1:16 PM

Care and Actions for Strays
BSB, Brunei
A group of friends has set up "Care & Actions for Strays" aiming to improve the lives of the strays in Brunei. We have a mission to educate the public the importance of spaying/neutering to control pet overpopulation, against animals' abuse, killings, poisoning and pets ownerships' responsibility. There are many Bruneians who are still ignorant about Animal Welfare. We aim to educate as many people as we could and we need your support!

**NO CAGES OR LONG TERM CHAINING**

If kept outside, animal(s) must have access to shade, food and water with secure fencing.

Please check with your neighbours and landlord about animals before adopting one.

All females need to be spayed when they reach appropriate age.

Animals will not be given to people planning to breed them.

As animals are homed in volunteer's homes, the animals will be brought to your home for viewing purposes.